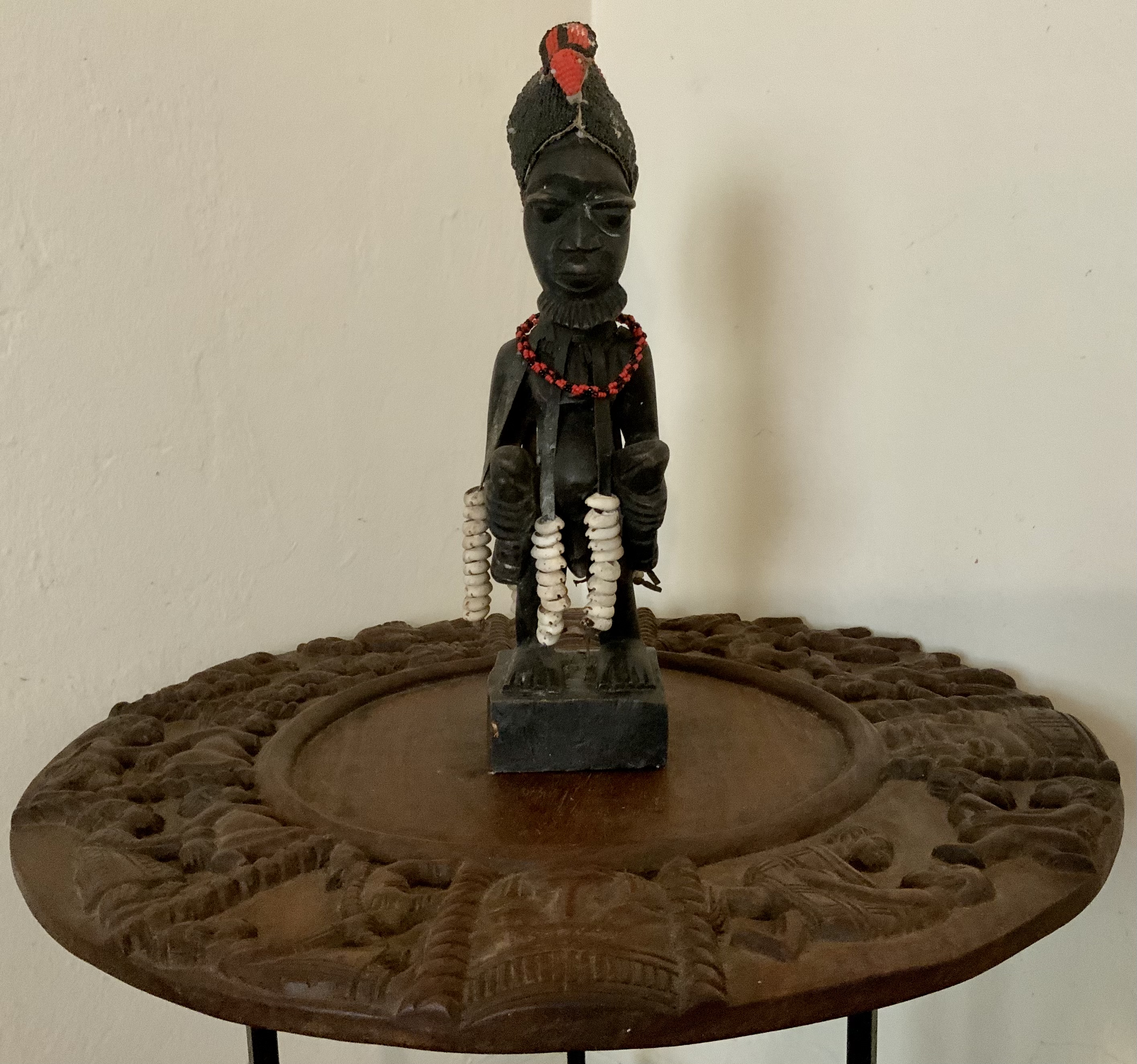 The Ifa Concept of Esu

In Ifa creation myth, the universe emerges from the Eternal Rock of Creation called Oyigiyigi.  In the beginning, this rock separated into the four calabashes of creation.  These four calabashes interacted with one another to form sixteen sacred principles called Odu.  These are the primal forces of creation.  In Ifa, the sacred number seventeen represents the sixteen primal Odu plus Ose'tura, which is the seventeenth Odu of Ifa.  This Odu has the function of calling the Olu Odu (the sixteen primal ones) to copulate, creating the two hundred and forty Omo Odu or "children" of the first sixteen principles.  This suggests that Esu, in addition to being the Divine Messenger, is also the primal seed of creation.  Ose'tura describes the relationship between Esu and humanity.  To be more specific, there are a number of manifestations of Esu and in this verse (Ose'tura) the manifestation is called Esu O'dara, meaning the Divine Messenger divides and spreads or initiates transformation.

Esu, as the mediator between Spirit and humanity, has a key role in maintaining harmony and balance in the world.   If humans move too far away from the idea of living in alignment with Natural Law (cause and effect), Esu can cause disruption.  For example, diseases that are most common in large cities are frequently the result of poor planning, poor hygiene, over population and greed.  These same factors lead to political disruption and upheaval.  "Bad luck" is described in Ifa as being the result of personal resistance to embracing personal potential.  Ose'tura is saying humanity cannot separate itself from communication with Spirit without suffering the consequences of its arrogance.

Thus, Ifa also describes Esu as the Divine Enforcer in issues of justice.  Therefore, humanity cannot behave in a way that is counter to its essential nature without eventually paying a price.  Also, Esu can create illusions based on arrogance in order to teach humility.  Since we live in an infinite universe, our finite perception of reality may not match the objective circumstances surrounding our experience.  Esu is the force of nature that illuminates awareness of this contradiction.  This awareness brings us the lessons expressed through Esu's perceived role as "trickster" in the force of Nature that pushes humanity beyond its limited perception in order to broaden its horizon.