Chapter 4: Olodumare is a Gracious Creator 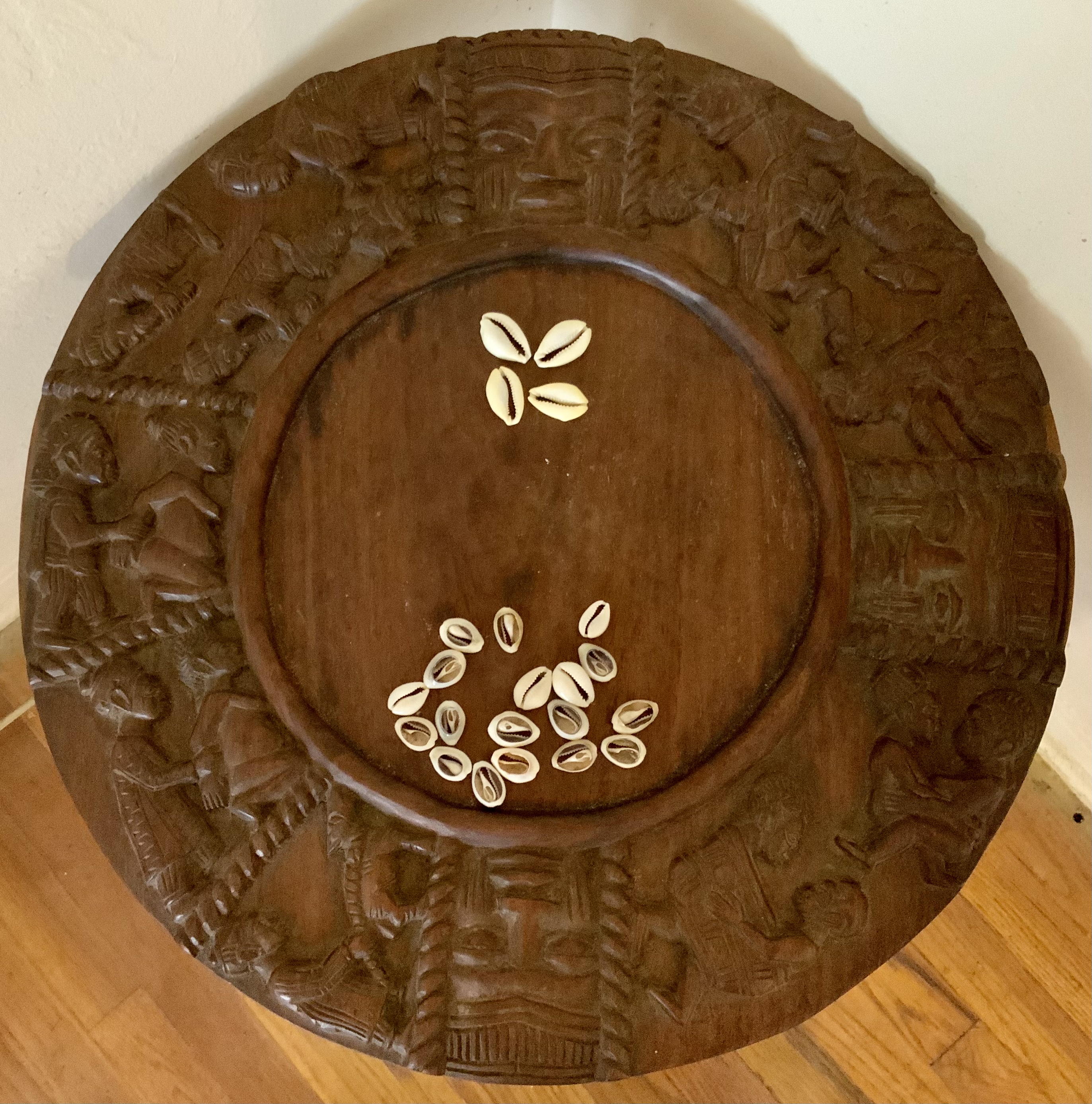 Opon ifa (divination tray) with cowrie shells.  In the ancient kingdom of Yoruba land cowries shells were a form of currency. and abundance.  Also, they are used in some divinatory processes, especially in the African diaspora.

OLODUMARE IS A GRACIOUS CREATOR

The one who brings everything into existence is beyond categorization. Boundlessness generates the bountiful universe (or pluriverse).  Olodumare bears some similarities with “ha-Shem” of Judaism, “God” of Christianity and “Allah” of Islam.  At the same time, Olodumare is particular to Ifa and its diasporic offsprings in the Americas.

Olodumare has no beginning or ending.  Olodumare is ubiquitous and the source of all that has been, is and will become.  There are no shrines or visible representations of Olodumare.  Olodumare is simultaneously the "owner" of creation and beyond adequate human conceptualization and modes of expression.

There are others agents and spiritual powers through which Olodumare interacts with creation (Esu, Orunmila, other Orisaha, etc).  They will be covered under chapters 7 (Esu) and 8 (Orunmila).