Chapter 2: What Did Our Ancestors Believe? 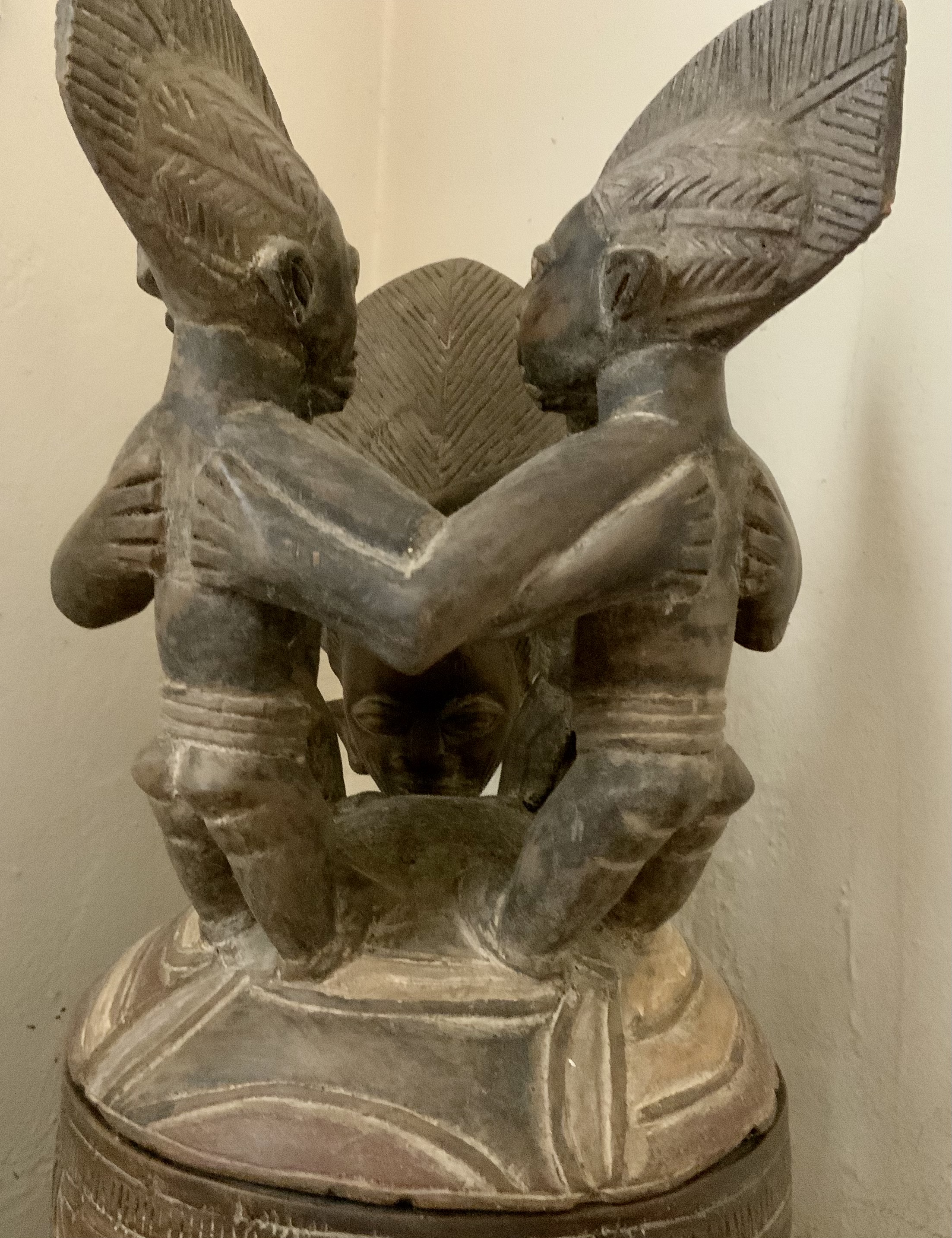 This is a partial view of agere Ifa (divination container).  It is the" house" of various implements used for divinatory purposes.  There is mystery in the eyes of its beholder.

WHAT DID OUR ANCESTORS BELIEVE?

Among the various west and central west African spiritual tradition, what did our ancestors believe?  Were they brought from there “tabula rasa” (as “clean slates”), as many European usurpers, enslavers and colonizers believed the latter were.  On the contrary, many captured Africans brought their spirituality with them as they were packed into ships.  This inner, specialized knowledge was hidden in the bodies, souls and spirits.