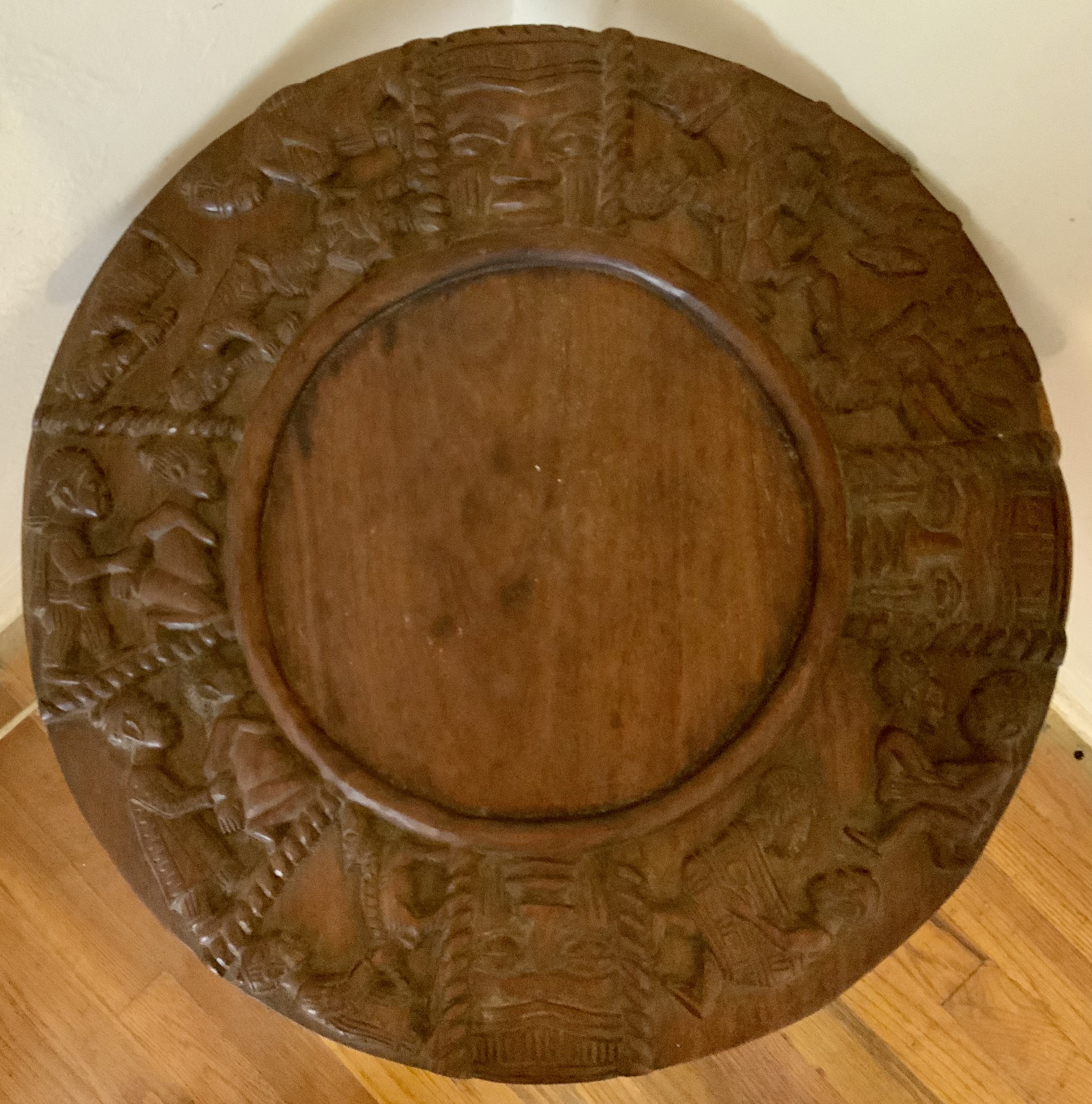 The opon ifa (divination board that is used that is used during the process of dafa [interpretation]).  Also, it represents interactions between the macrocosm and microcosm of spiritual and physical realities. The ubiquitous presence of esu around the circumference of the board demonstrates his essential role in communication between all realms of life.

This text and course is an introductory presentation of one of several sacred West African spiritual traditions.  It is commonly known as Ifa. More specifically, it is called Isese. It originated in modern day Nigeria among the Yoruba people.  It is a spirituality that spread during the transatlantic slave trade throughout parts of the African Diaspora in the Americas (Brazil, Cuba, Puerto Rico) in different forms (e.g., Candomble, Lucumi, Santeria, Haitian Vodou, etc.)

My journey began 67 years ago within a home and community where respect for ancestors and elders was important.  I was born in Memphis, Tenn.

This Ifa textbook was created by Dr. Will Coleman, Associate Professor at the Interdenominational Theological Center, with assistance from Brad Ost, Head of Reference Services and Theological Librarian at the Atlanta University Center Robert W. Woodruff Library. Funding for this project was provided through a generous grant from Atla, Collectors and Connectors in Religion & Theology - https://www.atla.com/.