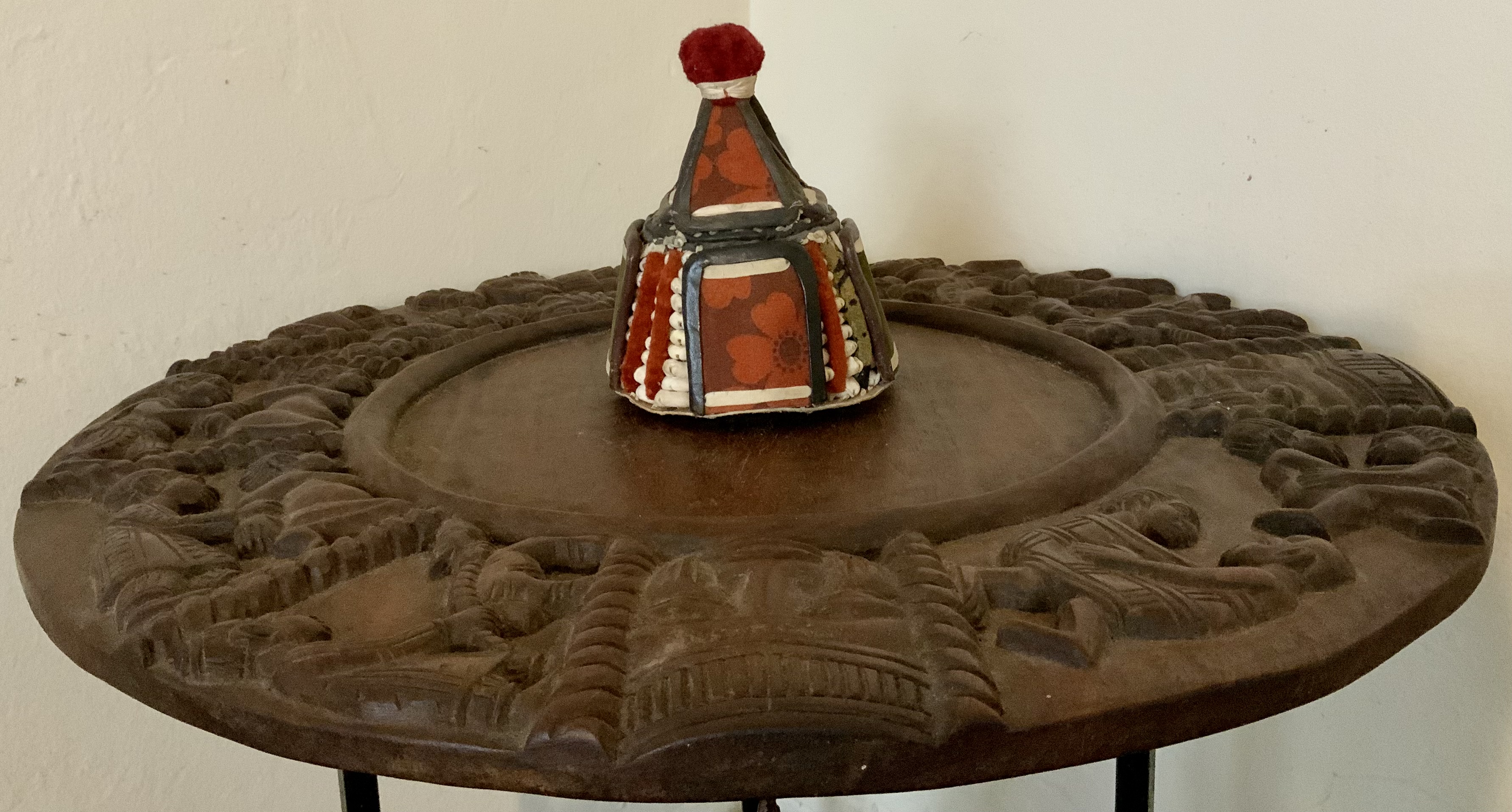 The Ifa Concept of Consciousness

Ori is the Yoruba word used to describe the vessel that is able to process conscious thought.In the Ifa description of ori, consciousness is an integration of thoughts and emotions. When an Ifa elder is admonishing someone to think clearly, they will typically point to their heart and not their head. The integration of thought and emotion creates ori ire or wisdom. Ifa says Ologbon a d'omugo l'ai l'ogbon-inu meaning the person who fails to make use of their wisdom becomes a fool.

According to Ifa, ori has four distinct arenas of perception; we think about our internal experience (identity emotions), we acknowledge our relationship with other people and things (evaluate levels of trust and empathy), we examine the past (access memory), and we envision the future activate the imagination).

The four modes of consciousness can be symbolized by a circle sectioned into four equal quadrants. In the literature of comparative religion this symbolic representation of inner experience is called a mandala. In Ifa  the mandala of consciousness is symbolized by the circular divination tray. The quartered circle is a universal symbol of the self that appears in virtually every religious tradition throughout history. It is found in the sand paintings of Hopi shamans, the healing circles of Tibetan Buddhism, the temple art of Islam, the stained glass windows of Gothic Cathedrals and the markings of the Ifa divination tray.

In the course of a day the mind flips through the quadrants quickly as a method of processing information. When we encounter a new experience, we examine how it feels, we remember similar feelings, and we consider how the experience impacts our relationships, and we imagine the effect the experience will have on future events.

Ifa says Orisirisi eda lowo le lale yato fun eda tojade lowure meaning at sundown a different person enters the house than the one who left in the morning. The idea of being on a spiritual path suggests that a person is making use of specific techniques to facilitate the integration of new information and new experience.  Employing the symbolic language of the mandala, we are widening the circumference of the circle by expanding the calabash of personal experience.

In Ifa, many of the techniques used to train the ori are taught in the form of codes of behavior passed from one generation to the next as cultural expectations and through participation in rituals that reveal the mystery of transcendent symbols. Ifa has no monasteries and no universities; the Ifa School of learning is the extended family where everyone takes on the responsibility of being a mentor and teacher to younger generations.

The Ifa Concept of the Inner Self

Ori is the mystery of consciousness, and ori-inu is a mystery within a mystery./ It is the invisible self within the self, or, to use the Yoruba description, it is the self that dances in front of the mat. In this context, the mat is the symbol of the unity of all creation. Ifa teaches that even after we have accessed the center point of our being, the course of individual consciousness, there is a deeper inner layer that remains illusive and unknowable because it is the source of knowing.

It is one of the goals of various Ifa and Orisa initiations to reveal the ori-inu to the ori. This part of the initiation process is symbolized by Osun's illumination. It is also the reason for the taboo against iyawo's (the newly initiated) looking into mirrors. Once you have seen yourself fully you run the risk of losing yourself in a mirror until the inner self is easily accessible.

The ancient sages of Ifa made a very thorough analysis of the elements that form the total self. They have distinguished between the elements that unite to form ori-inu, including Atari, ipako, apari-inu, ori-apeere, Alunleyan, Akunlegba and Ayanmo. A study of these components and their functions provides a key to understanding the link between the consciousness of the individual and the consciousness of Spirit.

The Ifa Concept of Patterns of Consciousness

The phrase ori apeere translates to mean the pattern, the example, or the signs of consciousness. Ifa teaches that all things are created by energy patterns called Odu. The patterns of Odu reappear throughout all of Creation. This suggests that similar energy patterns at different stages of evolution have an affinity. For example, the fire of the sun, the fire at the center of the earth, and fire at the bottom of a blacksmith's oven all represent similar energy patterns in different realms of Creation. Ifa would say that the same Spirit has been reborn in different homes.