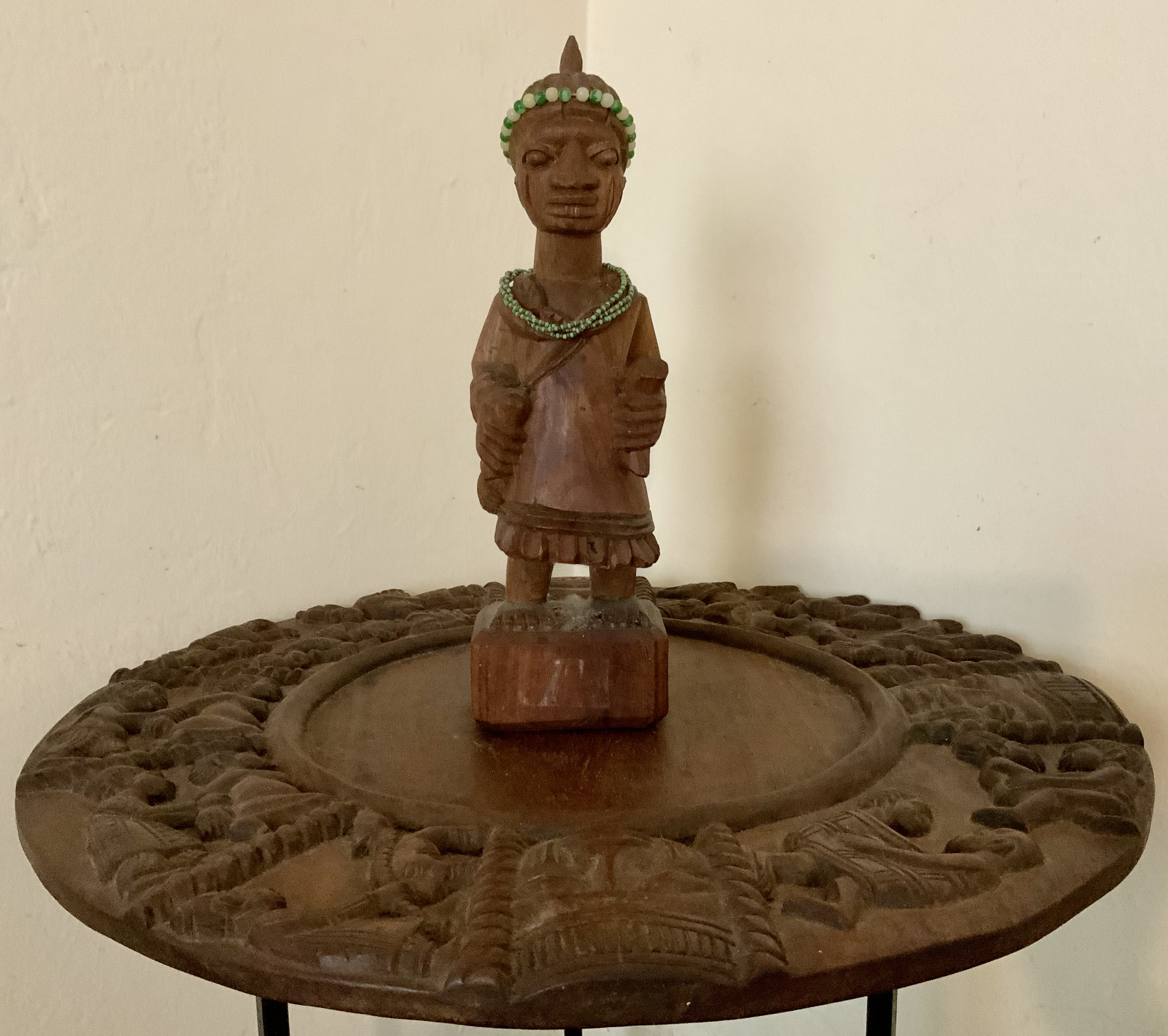 This is a statue of Orunmila, the messenger of the mysteries of Ifa.  According to mythic-history, he was the pre-existent witness to creation who has incarnated several times (and will return) and who is the dispenser of the knowledge that is essential for cultivating iwa pele ( good character).

Ifaiyable is a creed that affirms the fundamental beliefs of the Ifa religion.

He to whom all the Immortals pay homage, and for whom they exist to know his laws and commands, Originator and Creator of all things discovered and yet to be discovered.

I believe in the Spirit of Destiny, the Great Witness to Creation, second to the Creator, and owner of medicine that is more powerful than medicine.

The Immense Orbit that fought the day of Death, the One who regenerates youth and creatures of Bad Luck, He who is perfect in the House of Wisdom, the All Powerful who saves.

I believe that the inspiritation of the most Purative and Corrective Chief proceeds from the Messengers.

I believe in Akoda and Aseda, the Soul and Spirit of Knowledge and Wisdom since the beginning of Time.

I believe that through the teachings of the Messengers the inspiritation Spirit of the most Putative and Corrective Chief of the world descends and ignites and spreads from his hand in order to light the way of life.

I believe that this power within power exists within the society of wise women.

I believe that it is by propitiation and atonement that the world is made.

I believe in Ijoriwo awo Agbaiye awo of the Universe.

I believe in the teachings of Iwere awo as the guide to regeneration and renewal.

I believe that salvation exists in the exaltation of good character.

I believe that the soul of humans does not die.

I believe in regeneration and reincarnation.

I believe in the Holy Principles of healing.

I believe that the cleansing foods of the covenant are plentiful among the kindred of Ife.

I believe in the sacredness of the principles of marriage and that it is honorable for men and women to always be in sober conduct.

At the feet of the creator I drink Earth and make Covenant in this faith. May it be so.